Gangsters Squad is an epic multiplayer third-person shooter in which you become a gangster and must compete against other players from around the world. Before you start you can customize your character and give them different clothes and appearance – make them look as dangerous and intimidating as you wish! 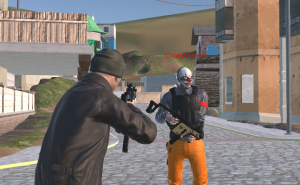 During each game, you must try and rack up as many kills as possible to be crowned the top gangster. Use a variety of weapons such as a submachine gun and machine gun. You can also choose different classes such as a medic and engineer. The gameplay is intense, and the controls are easy to grasp. Can you dominate in Gangsters Squad?